Our new Chancellor Jeremy Hunt has recently unveiled the Autumn Statement (a bit like a budget) in the House of Commons.

There was a myriad of strategies announced revealing tax rises, tax threshold freezes and spending cuts worth billions of pounds aimed at rejuvenating the country’s economy after what has been a shaky couple of years.

Here are the main highlights:

Annual Employment Allowance will remain at £5,000.

Household energy price cap extended for one year beyond April.

Households on means-tested benefits will get support payments of £900 next year, pensioner households will receive £300 and disability benefit individuals will receive £150.

New 45% tax on companies that generate electricity to be applied from January.

Defence spending to be maintained at 2% of national income.

Overseas aid spending kept at 0.5% for the next five years.

If you’d like help with any of the above changes then please get in touch! 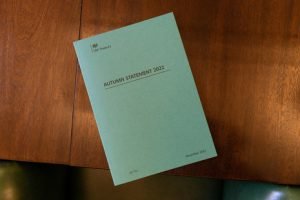 Ready to take the first step?

Fill in your details below and I will get back as soon as possible to discuss your needs.

If you’re a business owner who needs a little help, let me know and we’ll be your lifeline.
Let's talk